Unlock the secret of Currencies with Warren Bowie and Smith

Do you want to know what Currencies are and how to profit from them? Read the text below.

What is Forex and how to trade currencies with Warren Bowie & Smith?

Let us start with an etymology lesson. The word forex is a combination of two words – “foreign” and “exchange”, and it means what it says – trading one currency for another. The marketplace where the trading of money takes place is called Forex.

The forex market is the most liquid and the largest one on our planet, bigger than the stock market. It is estimated that the daily volume oscillates around $6.6 trillion. How does it work? The currencies are combined in pairs and are traded against each other. The most traded ones in terms of volume are the U.S. dollar, the Euro, the British pound, the Japanese yen, the Australian, the Canadian, and the New Zealand dollar, followed by the Swiss franc. On the Forex, you can find 180 currencies.

The major pairs of currencies are the ones that combine the USD on one side and one of the popular ones on the other. It is good to know that Forex is not hosted in a centralized location. It consists of a global network of institutions – brokers, banks, and so on. That is allowing the trading to be 24/5 with an exception for holidays.

The genesis and the rise of the Forex could be fixed at the beginning of the seventies. When the Bretton Woods monetary system was overcome, and the American dollar was no longer covered by gold, the floating exchange transitioned gradually to fixed rates.

What are the spot transactions?

On the spot, transaction cash is exchanged with no interest charged. It consists of a direct exchange of two currencies with a two-day delivery period. Typically, some forex brokers impose a small swap fee for rolling over a transaction that is expiring into an identical one.

What are forward transactions?

This is a tailor-made transaction where a buyer and a seller agree on a particular exchange rate. They do not exchange the money until a certain date has come. The objective of this transaction is protection in case of fluctuations in the value of the currencies.

How can you sell a future?

Multinational corporations usually make this type of transaction to hedge the currency positions. It is a type of standardized forward contract which includes interest and traded typically on an exchange. In the contract, the date and the volume of currency are specified.

The main advantages and disadvantages of the forex trading

The first and the biggest perk is the accessibility of forex in terms of initial capital to invest and round-the-clock availability. The market is open all day, and because the bigger part of the forex brokers makes money from the currency spreads, one can enter with a relatively small amount of money. The second advantage is the liquidity – mainly for the major pairs. Transactions are happening at any second, so there is no need to search for someone who is buying a specific ETF. The USD, the Euro, and the other popular currencies are in a constant flow worldwide.

The forex market is hard to predict because many factors and events, policies, and affairs can set the trend or disturb it in either direction. That is why Warren Bowie & Smith provides you with brilliant technical analysis tools such as Autochartist, which analyzes many data for you and proposes possible scenarios. On the other hand, the market calendar and the market review features give you the trading awareness you need to read the signals and spot the profitable opportunity. These tools come in handy when applying serious leverage to the trade. 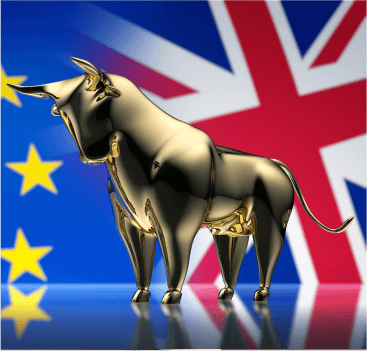 The biggest bottleneck to profit is in you. Forex trading requires a lot of self0control and perseverance. One can stick to the strategy and no to react impulsively when short-terms disturbance happens.

In the beginning, Warren Bowie &Smith provides every new trader with protection from loss positions. They are a great way to get the taste of forex at no risk. We will cover any loss made on a position, and every profit stays with the client. There are not a lot of online trading brokers out there who offer such types of features.

Register here and get more info about our advantages.

Our apologies, but we cannot serve clients from this country at this time.